This half term we have been learning about newspaper reports and what they contain. 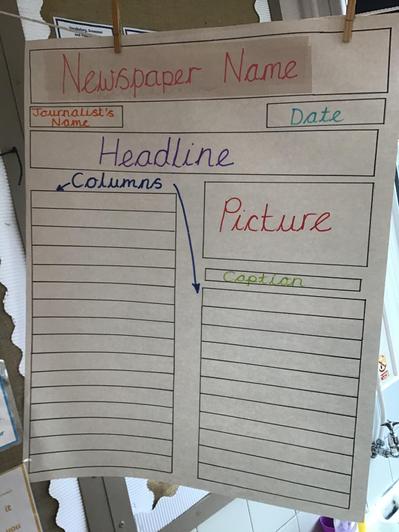 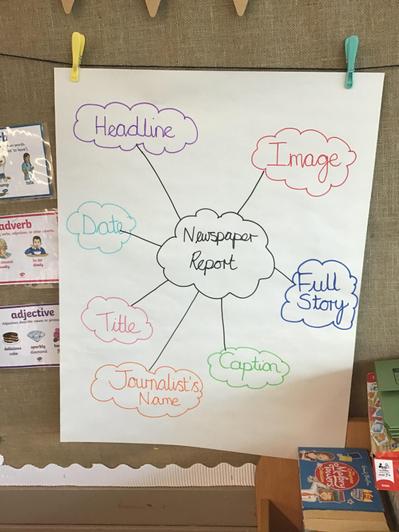 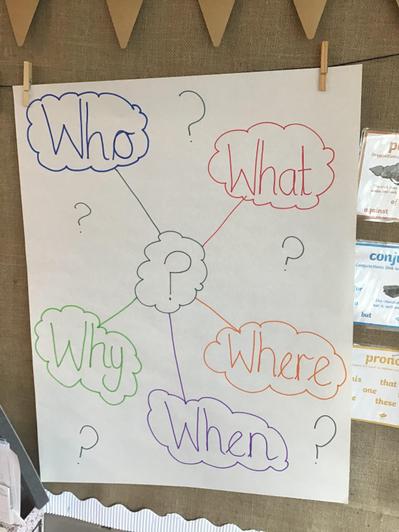 We had a wonderful time hot seating today.   Some of us role played as survivors of the Pompeii disaster, others were journalists of the local newspaper.
What a great way to learn! 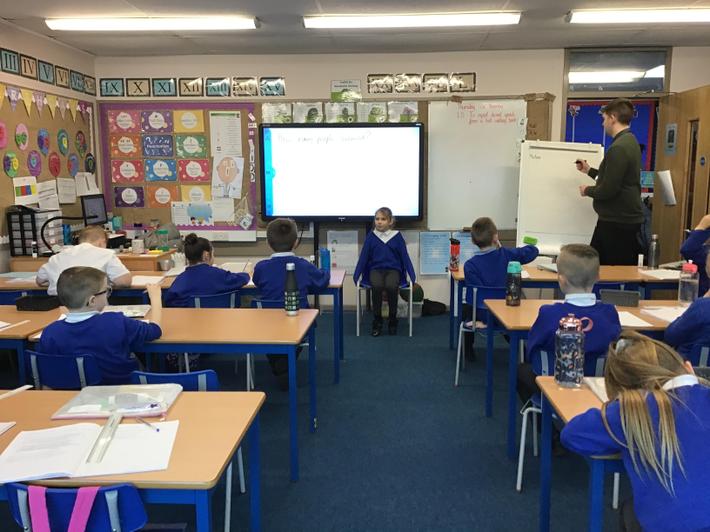 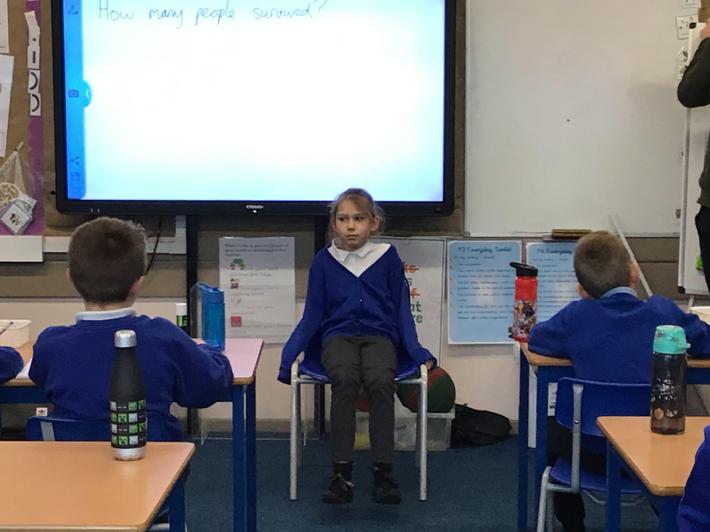 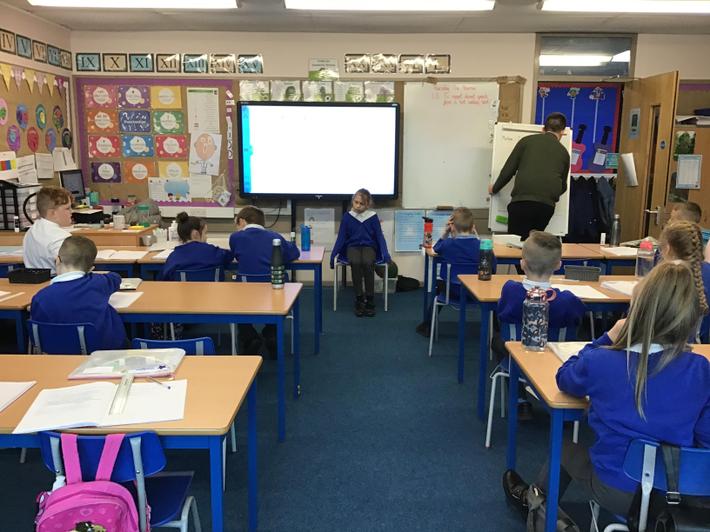 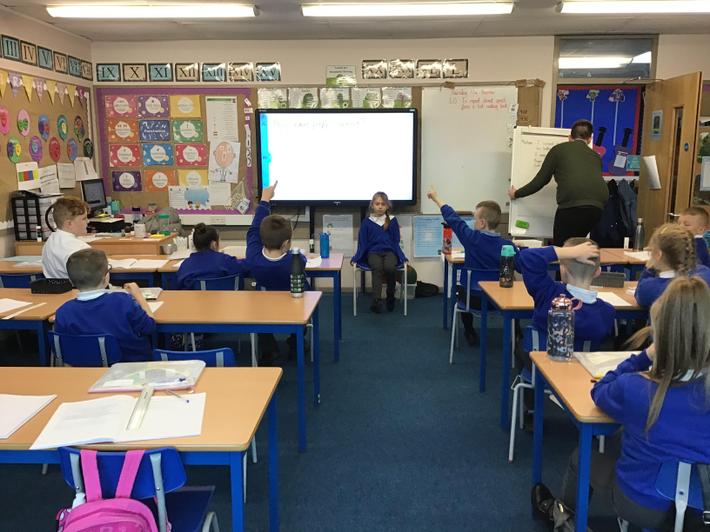 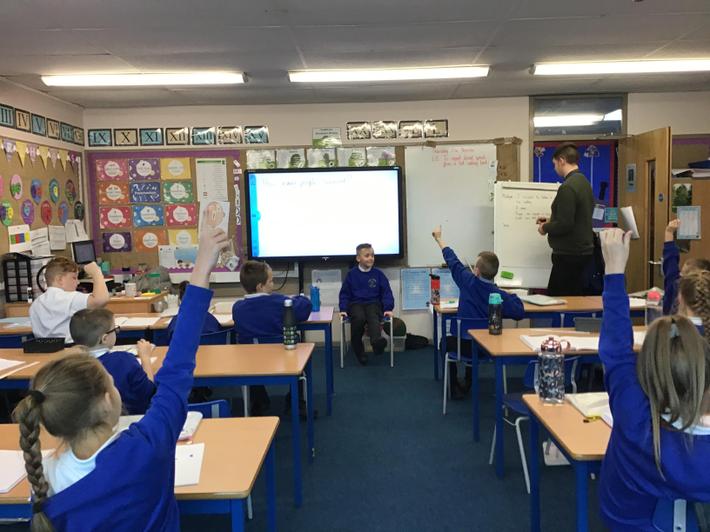 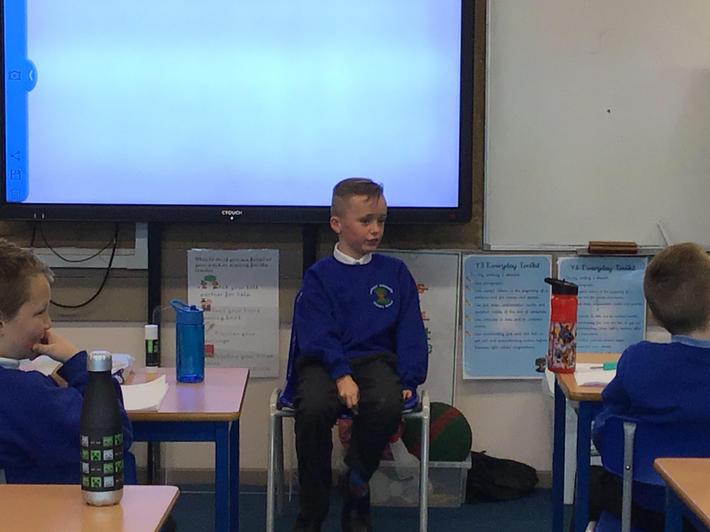 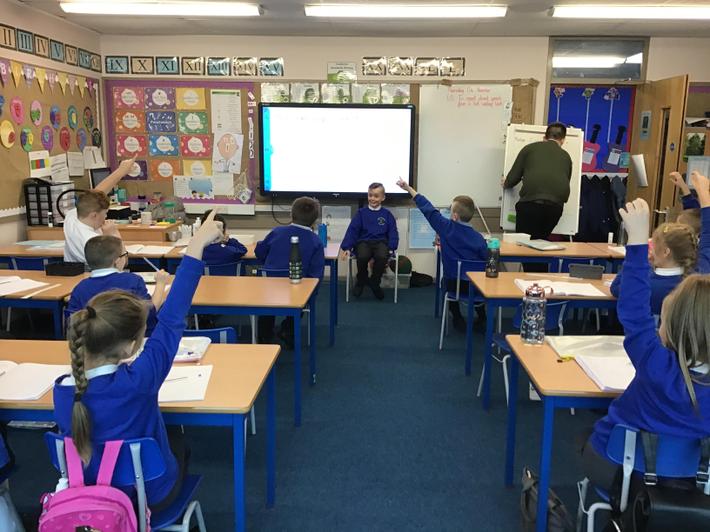 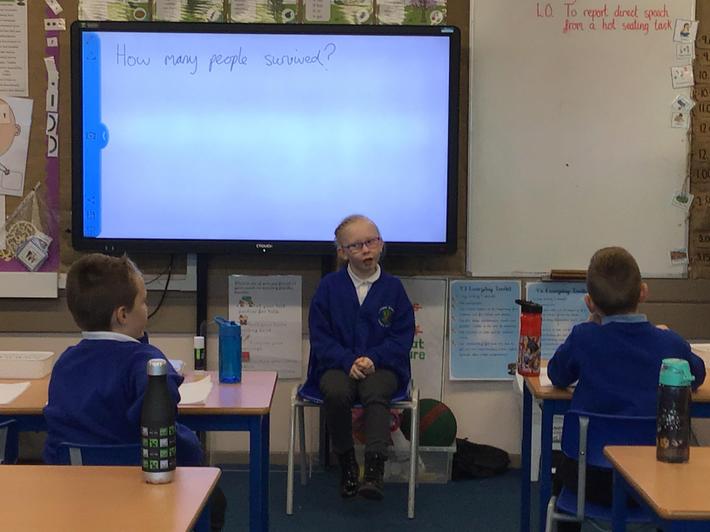 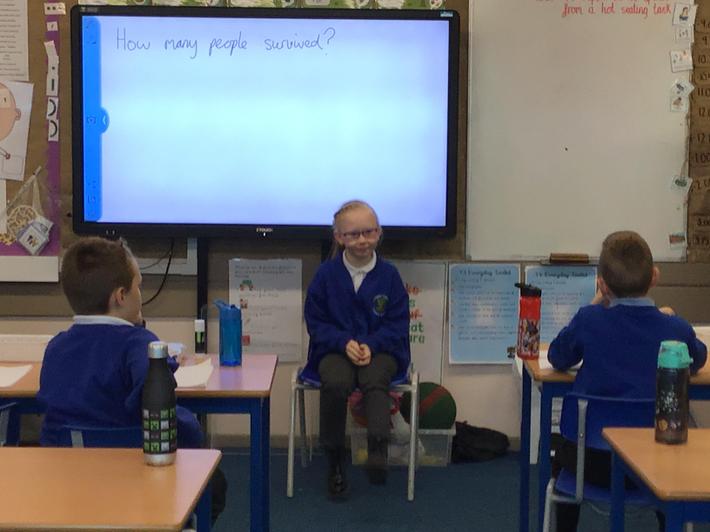 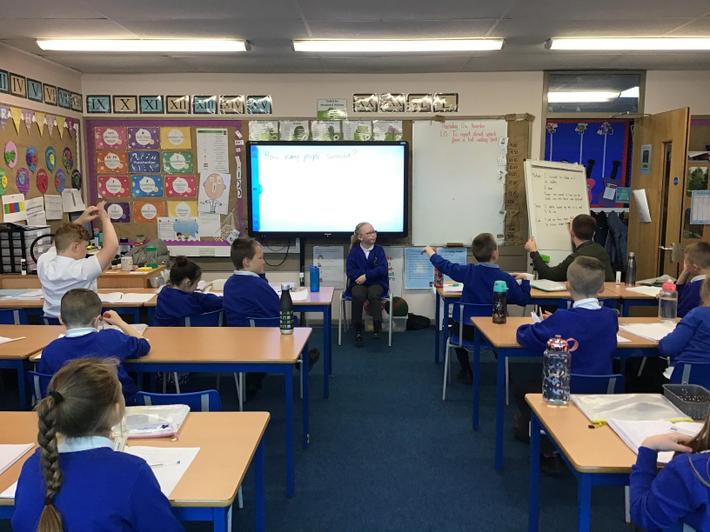 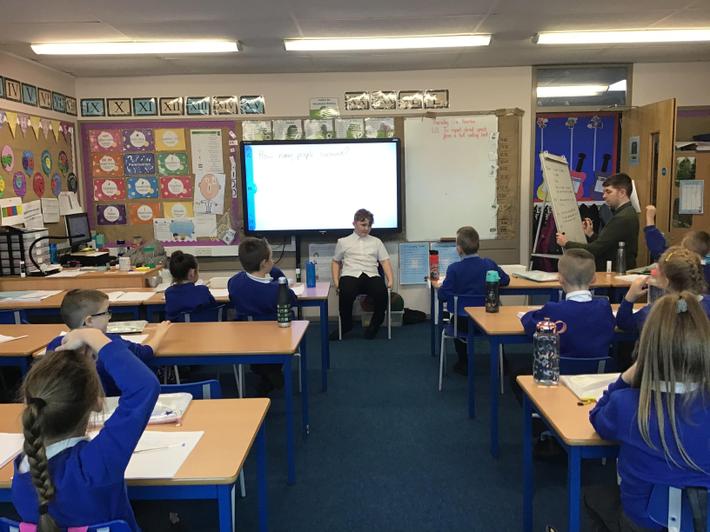 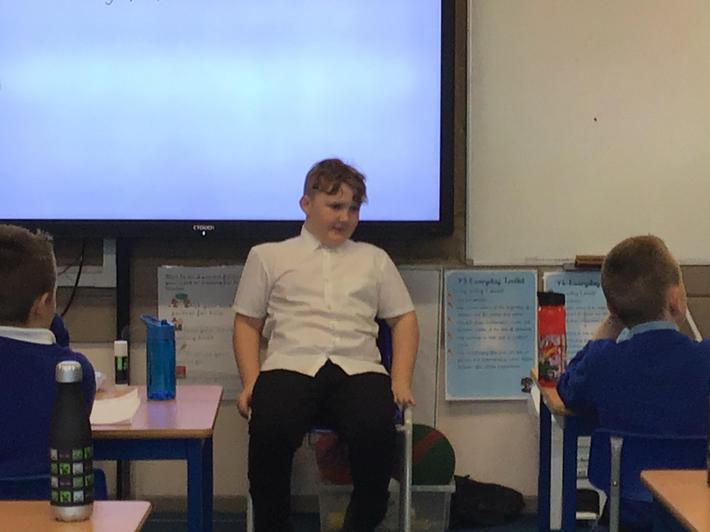 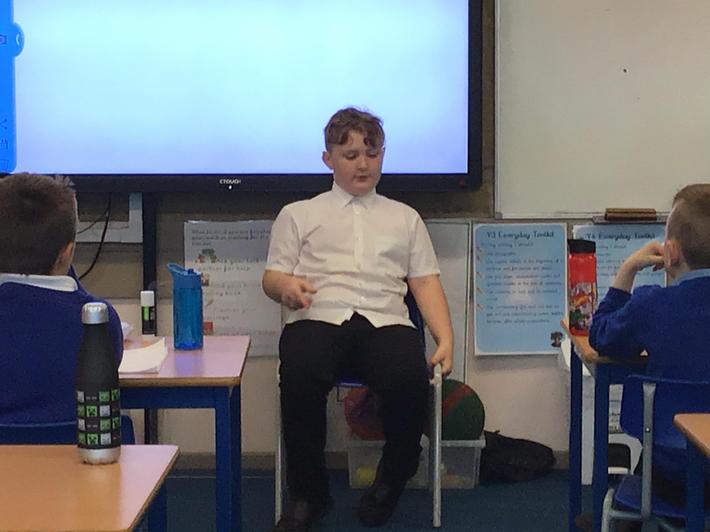 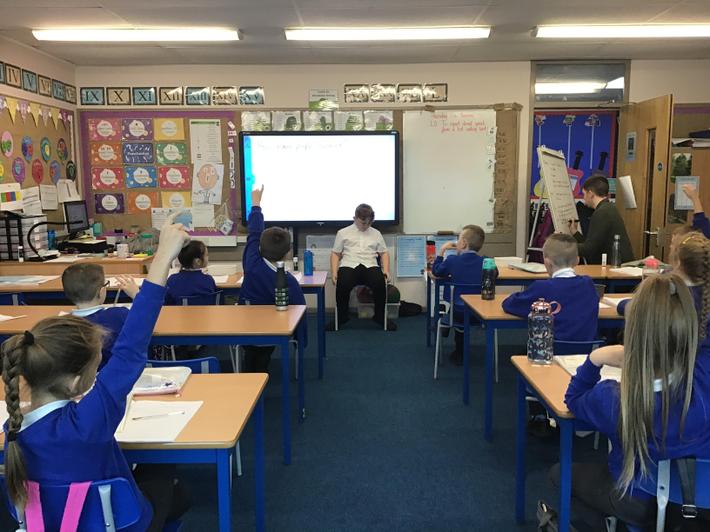 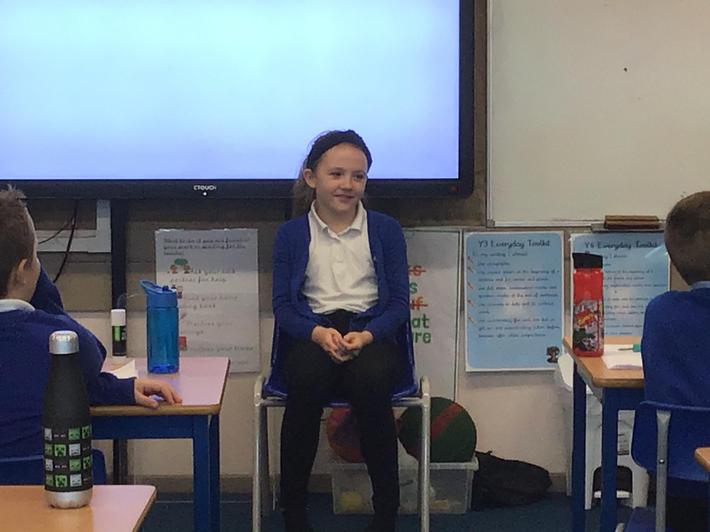 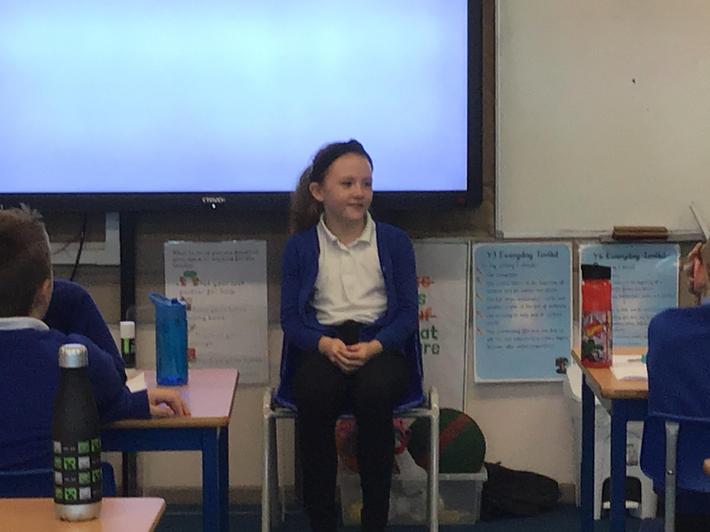 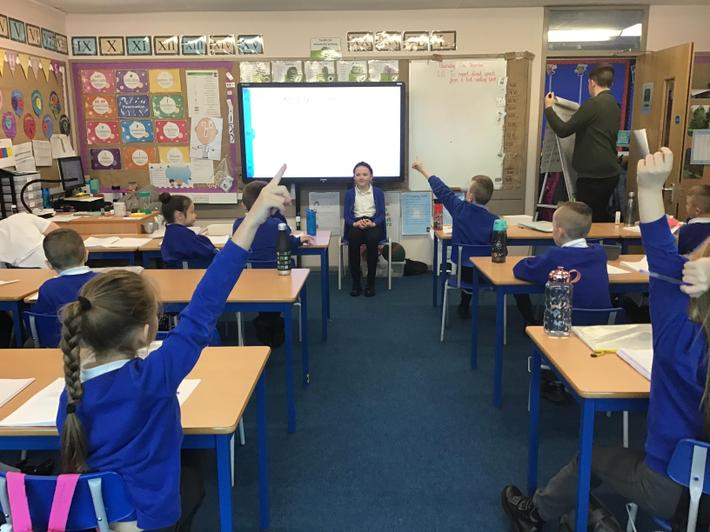 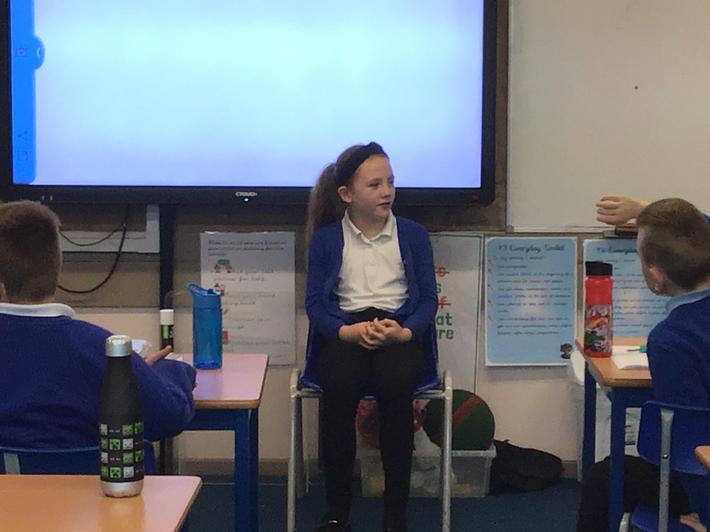 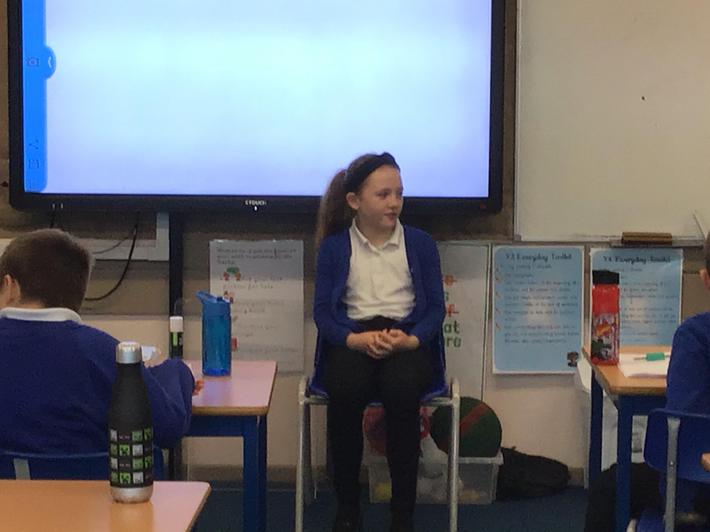 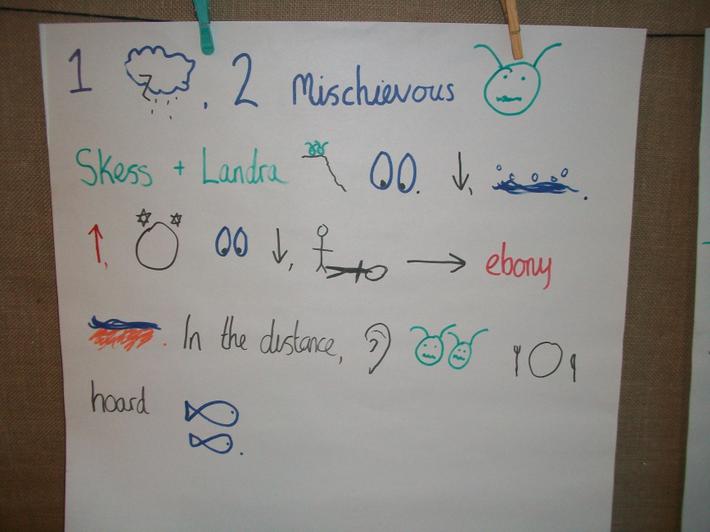 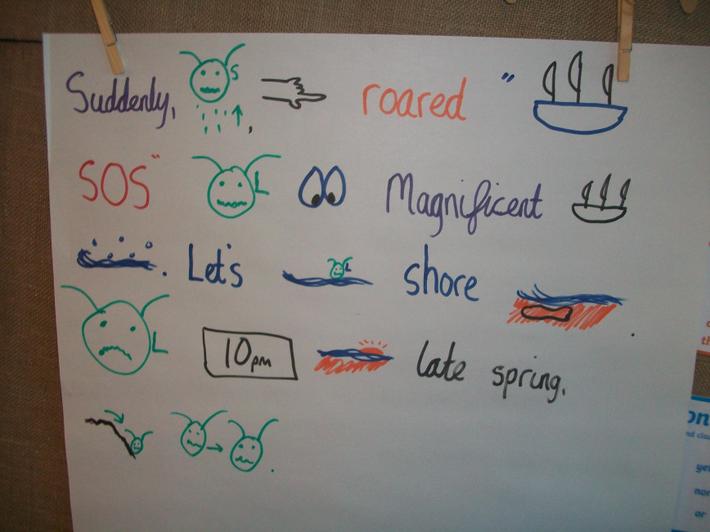 We have been learning the text by making up actions to remind us.  We are enjoying working together to make the text map.

On the southern coast of Iceland, near the small village of Vik, there once lived a band of trolls. They were huge, ugly creatures who were feared by humans and hid away underground in the dark caves of the nearby ice covered volcano. All trolls knew that if they ever got caught outside in the daylight, they would immediately be turned to stone. So, each night, under the cover of darkness, they would venture outside to hunt and fish. One stormy night, two mischievous trolls called Skess and Landra perched together on the craggy cliff, watching. Below, the sea bubbled and foamed. Above, the full moon glared down, casting a long shadow across the ebony beach. In the distance, they could hear the low rumble of other trolls, feasting on their hoard of freshly caught fish. Suddenly, Skess jumped up, pointed at the horizon and roared. “Landra, look, a three-masted ship. I think it’s in trouble!” Landra followed his gaze and stared at the magnificent ship, pitching and rolling on the bubbling sea. “Let’s wade out and pull it into shore,” Skess said, setting off down the beach. Landra frowned as it was already very late and the sun rose earlier and earlier in late spring, but then he jumped down from the cliff and followed close behind.

Unfortunately not the ones with chocolate chips.

Some cookies are necessary in order to make this website function correctly. These are set by default and whilst you can block or delete them by changing your browser settings, some functionality such as being able to log in to the website will not work if you do this. The necessary cookies set on this website are as follows:

Cookies that are not necessary to make the website work, but which enable additional functionality, can also be set. By default these cookies are disabled, but you can choose to enable them below: